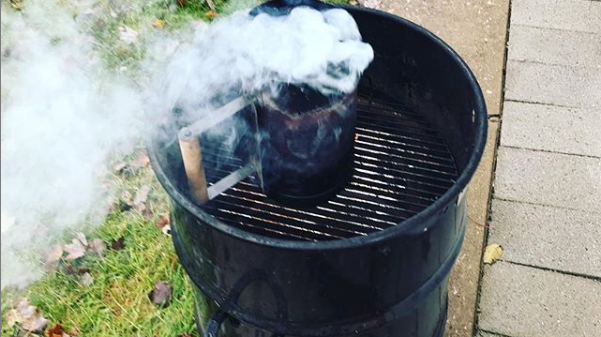 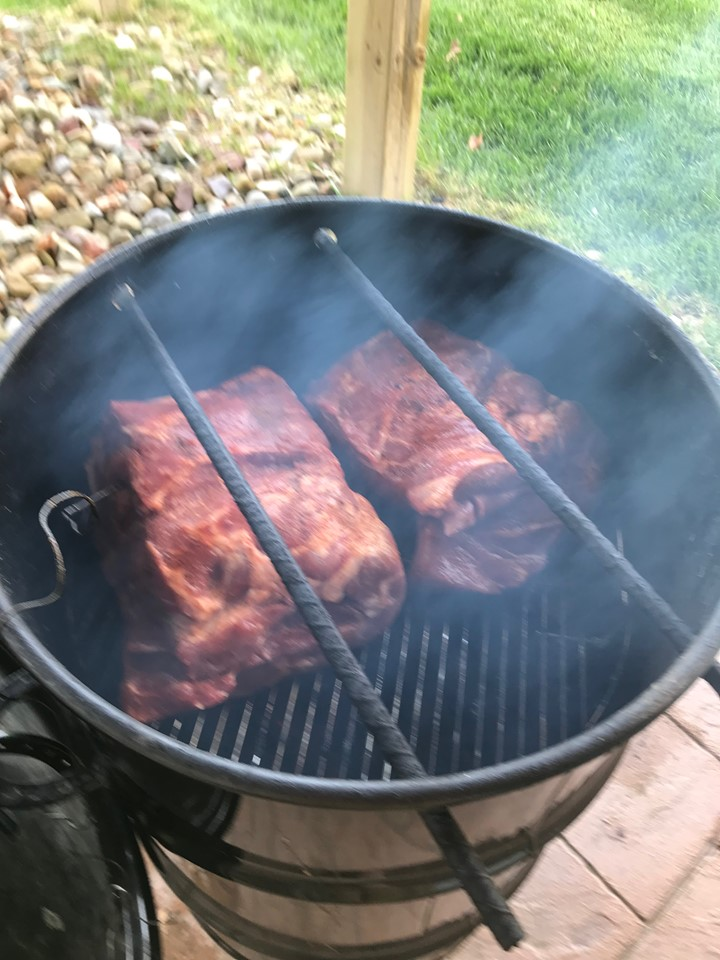 I first got my Pit Barrel Cooker about 3 years ago. At the time, I was strapped for cash so I decided to sell some things around the house and buy one. I had a friend who just ordered one after months of research and he just raved about its capabilities. I had to check it out.

“Send me a link”, I messaged him through Facebook. I was excited to see this marvel of a cooker my friend wouldn’t shut up about. I had visions of all these complex cookers with all these bells and whistles and then I finally got the link to the website. To my surprise, I was completely underwhelmed. It’s…a…barrel.

One of my jobs a lifetime ago was working in a scrap yard. I have seen my share of drum barrels and I knew they could not hold a fire without burning the paint off and eventually rusting out. When I saw this barrel, I thought, what are they selling here.

Looks can be deceiving and sometimes the best things in life are simple. Upon reading up on the Pit Barrel Cooker, I discovered that it is actually porcelain coated. Not only will it prevent rusting but this will also help it hold the heat. I started to gain more interest. My friend had told me that it holds the heat for up to 8 hours and made smoking BBQ very easy. I watched every video I could on the website and decided I had to have one. 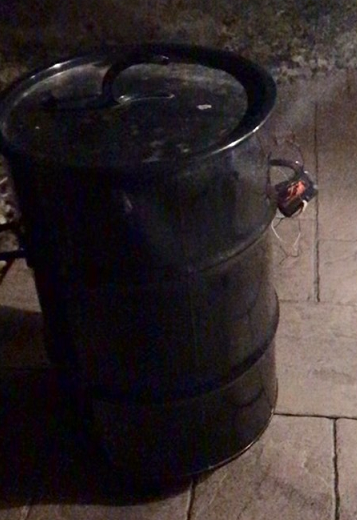 I can tell you looking back, I would have been foolish to judge the Pit Barrel Cooker on initial appearance. It was the best bang for the buck I could get at the time, and I have no desire to really buy anything else.

I have hosted several BBQs for neighbors, family, and friends. Nobody has gone home hungry or complaining. In fact, the best compliment I could get is the empty trays of my BBQ cooked on the Pit Barrel Cooker.

If you’re looking to invest in a new smoker, what are you waiting for? Get one today if you are ready for serious BBQ.

Until next time, happy BBQing.

Any cookies that may not be particularly necessary for the website to function and is used specifically to collect user personal data via analytics, ads, other embedded contents are termed as non-necessary cookies. It is mandatory to procure user consent prior to running these cookies on your website.